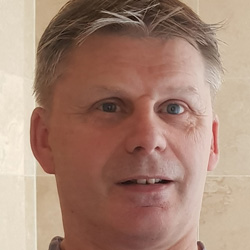 My career has been primarily corporate/commercial property related, the majority of which being spent managing the City of London's varied portfolio including such buildings/sites as – The Old Bailey, Tower Bridge, Hampstead Heath and Barbican Centre, plus various commercial retail and office assets. I was responsible for the administration of the City's commemorative Blue Plaque Scheme and I'm also a Freeman of the City of London.

As a volunteer, I spent 7 years based at IWM Duxford airfield with Plain Sailings Catalina PBY “Killer Cat", flying in the aircraft during the display season. This was later supplemented by the addition of Lea Aviation's F7F Tigercat and Pilatus P2 – during the winter months I assisted in the maintenance of all 3 aircraft.

Between 2013 – 2015 I was the assistant EO for the proposed Kenley Airshow near Croydon, south London and now as EO, I am currently negotiating with landowners in the southern counties for the use of their land for, potentially, three new airshow events.