The F-4 Phantom II was operated by the Royal Air Force between 1969 and 1992, principally as an air defence fighter. Although the jet was an American design, produced by McDonnell Douglas, the UK’s Phantoms were a special batch built separately and containing a significant amount of British technology including the addition of Rolls-Royce Spey engines. Of all the UK’s Phantoms, the airframe which arrived today at RAF Cosford is perhaps one of the most iconic, known as ‘Black Mike’ due to its unique paint scheme applied by 111(F) Squadron in the late 1980s.

The airframe, now owned by GJD Services Ltd, has been the centre of a campaign by aviation enthusiasts, who plan to restore her to exhibition standard. David Butterfield, from the British Phantom Aviation Group, said, “The British Phantom Aviation Group (BPAG) are extremely proud and honoured to participate with Phantom XV582 ‘Black Mike’ at the RAF Cosford Air Show 2018. Our hardworking, dedicated team of volunteers have shown outstanding knowledge, skills and aptitude to make the move from RAF Leuchars happen. We look forward to working with RAF Cosford over the coming months and we are certain that the aircraft will be a great attraction as part of the RAF100 static displays.”

Air Show Operations Manager, Mr Peter Reoch, said, “The Royal Air Force’s Phantoms played a critical role in defending the UK’s airspace during the height of the Cold War. Therefore, having an example of the type was essential as part of our RAF100 static exhibition at the Air Show on Sunday 10th June 2018. It will be the first of many aircraft which will be transported by road to RAF Cosford over the coming months specifically for display at the Air Show.”

Tickets for the Air Show, which is promising to be a spectacular and interactive tribute to the Royal Air Force’s centenary, are already on sale via http://www.cosfordairshow.co.uk . Tickets will again only be available in advance, and are priced £25.00 per adult, with accompanied under-16s attending the Air Show for free, presenting excellent value for money. 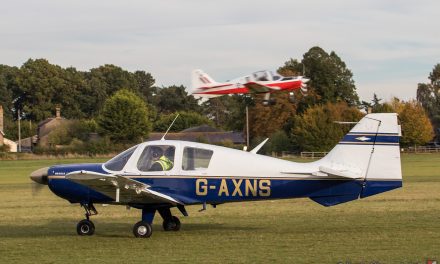 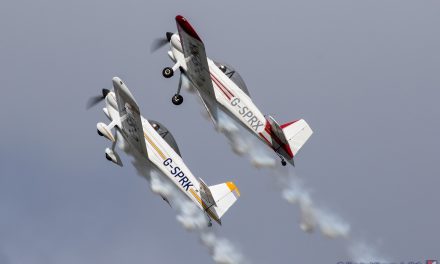