A number of star attractions have today confirmed their attendance at the RAF Cosford Air Show. These attractions, and others, are set to wow the crowds as part of the flying display on Sunday 11th June.

Annual highlights of the Air Show for many visitors, the RAF Red Arrows display team will once again be demonstrating their world-famous flying skills with their thrilling display. The team, officially titled the Royal Air Force Aerobatic Team, have recently returned from an epic three-month tour of Asia showing the ‘Best of British’ which included their first ever display flown in the Republic of China. The Red Arrows are the second formation display team to confirm their attendance at the RAF Cosford Air Show 2017, with their counterparts from Switzerland, the Swiss PC-7 Team, announced by the Air Show Organisers last month.

The awesome power and agility of the RAF’s Eurofighter Typhoon will also be showcased in the flying display. The Typhoon is the Royal Air Force’s primary air defence fighter, with a delta-wing construction and a top speed of over 1500 miles per hour. Other highlights from the Royal Air Force in the air will include a parachute jump from the RAF Falcons, solo display from the RAF Tutor and a unique flypast from the RAF Battle of Britain Memorial Flight to celebrate their 60th anniversary, exciting details of which will be revealed soon.

Wing Commander Chris Jones, Air Show Chairman, said, “We’re thrilled to be offering such a diverse array of aircraft as part of our six-hour flying display, showcasing the best of the Royal Air Force in the skies above RAF Cosford, the home of RAF engineering. These displays will complement those already announced; including the Strikemaster Pair, Westland Whirlwind, Muscle Biplane and the Hawker Hurricane. This year’s flying display is really shaping up.”

Organisers expect confirmation of which Royal Air Force aircraft will be available for static displays to be announced in the coming weeks, as well as further aircraft from other branches of the UK military and International military aircraft.

Visitors are advised to buy their tickets early to avoid disappointment, as the Air Show is once again Advanced Tickets Only. The RAF Cosford Air Show is a great value for money family day out, with accompanied under-16s entering for free. Early bird tickets are currently priced at £22.00 per adult and can be purchased at www.cosfordairshow.co.uk 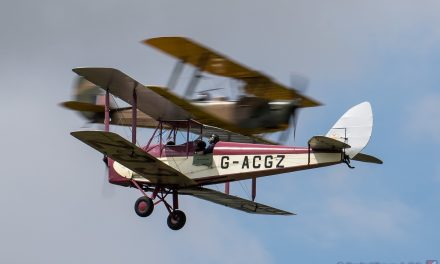 Experience opportunities for potential new FDDs and other officials