The RAF Charitable Trust (RAFCT) is pleased to announce that it has reached an agreement in principle with the Royal Air Force to organise an airshow at RAF Scampton in Lincolnshire.

The announcement follows an MoD review during 2015, which looked at the RAF’s future commitment to airshows. The Charity, which also organises the prestigious Royal International Air Tattoo at RAF Fairford, provided analysis effort in support of the MoD review. The review concluded that RAF Scampton was an ideal location for an airshow.

Established in 2005, RAFCT is one of the newest members of the RAF family of charities. During the past 11 years, almost £3 million has been awarded to initiatives and projects that Promote the Royal Air Force, Support its people and Encourage young people to be aviation-minded.

RAFCT Chairman, Air Marshal Sir Kevin Leeson, said: “The East of England is a heartland of the Royal Air Force and has an enormous number of aviation enthusiasts. Bringing a new airshow to the area is an exciting prospect that will involve a lot of planning and support. Our Charity is delighted to rise to the challenge of staging an aviation spectacle befitting an RAF station that was once the base of the legendary 617 ‘Dambusters’ Squadron and is now home to the world famous Red Arrows. Having agreed to stage an airshow at RAF Scampton in September 2017 at the earliest, work will now begin on looking at the finer details.”

Chief Executive of RAF Charitable Trust Enterprises, Andy Armstrong, said: “My team has a wealth of experience organising airshows and over the coming months we’ll engage with local agencies and community representatives to deliver a new, exciting and enjoyable day out for the whole family.

“Across Lincolnshire, there’s a great appetite for a new airshow and we are determined to create one whose identity reflects the region’s strong aviation links – past, present and future.”

A spokesman for the Royal Air Force said: “The RAF is pleased to announce its agreement in principle to the RAF Charitable Trust (RAFCT), who run the Royal International Air Tattoo, organising an airshow at RAF Scampton, the first of which will be in 2017 at the earliest. Work is ongoing to agree the finer details which will be confirmed in due course.” 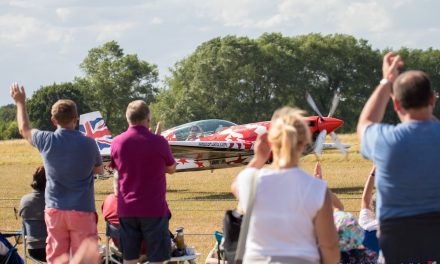 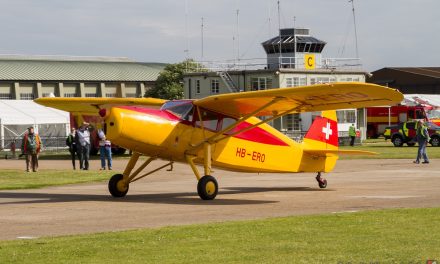 AIRSHOW NEWS: Sunderland International Airshow back with a roar