Following the sell-out success of last summer’s Royal International Air Tattoo at RAF Fairford in the Cotswolds, organisers say the 2016 airshow will be looking to the future – with the focus set firmly on the pilots, aircraft and technology of tomorrow.

Details of the theme The Next Generation: Inspiring Innovation were announced as specially-priced tickets for the three–day airshow, which takes place on July 8-10, went on sale this week for a limited period.

Super Earlybird admission tickets, priced at £29 for the Friday and £39 for Saturday and Sunday will be available until January 31, 2016. The prices represent a saving of more than 20 per cent off the cost of a standard admission ticket. All under-16s are admitted free of charge.

Visitors can expect to see cutting-edge aircraft technology on display both in the air and on the showground featuring fast jets, multi-engine transporters, helicopters and surveillance platforms as well as the world’s greatest international aerobatic display teams.

In seeking to provide inspiration to the next generation and in keeping with its commitment to youth, Air Tattoo organisers are planning to stage official celebrations marking the 75th anniversary of the Air Cadet Organisation. They will also be building on the success of the airshow’s critically-acclaimed Techno Zone and will offer even more children the opportunity to participate in the hugely popular Schools Engineering Challenge.

Air Tattoo Chief Executive Andy Armstrong said the airshow was the perfect place to present a vision of the future of aviation as well as the technology that underpins it.

He said: “Our eight-hour flying programme, large static aircraft park and interactive showground zones provide a dynamic and entertaining environment that consistently engages and challenges young minds. Where better to fire the imagination of the next generation of engineers, scientists and aviators?” 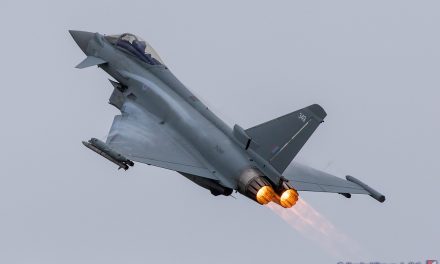