The skies above Dunsfold were filled yesterday (Tuesday 18th August) as The Blades, MiG 15, and Aerobility’s Yak 52 signalled the start of the 10 day countdown to Wings & Wheels.

The Blades touched down to show off their new livery and take three brave journalists for the ride of their lives. The MiG 15, back in the UK for the first time since the 90s, demonstrated why it will be starring at the airshow – just one of a number of new displays this year. The Yak 52 dropped by to talk about its integral role to the Glider display and hinted at a heart stopping new trick visitors won’t want to miss. They also sent four lucky passengers loopy with some daring aerobatics.

It wasn’t just the sky that was filled; the Wheels Zone showcased 19 of its top cars that will be at the Show over the August Bank Holiday. Brooklands Museum brought down some classic examples from the Museum including the 1907 Berliet Curtis, 1926 Frazer Nash “Boulogne Vitesse”, 1928 Bentley 4.5 Litre, 1957 Jaguar D Type (replica), 1962 Sunbeam Alpine Sport and more modern examples from the 1995 DAM 4100 (a re-bodied Metro 6R4 rally car)to the 2012 AC 378 GT Zagato (a unique AC GT/supercar).

Not to be outdone, the Stunt Zone was smokin’ as drift teams Scrape ‘n’ Skid and Team 1340 showcased their winning formula and drivers from Mission Motorsport showed that nothing holds them back in their stunt MX5 cars.

The eagle eyed won’t have missed the purple Rolls-Royce Ghost Series II that is travelling the country this year promoting Together for Short Lives, a leading UK charity for all children with life-threatening and life-limiting conditions and all those who support, love and care for them. The car was donated to the charity by Simon Cowell in June and will be one of 300 cars at Wings & Wheels for visitors to view.

The day was rounded off with the roar of the VC10 which fired up and taxied down the runway.

Jamie McAllister, Event Director, Wings & Wheels comments: “The launch was just a teaser for all the exceptional air and motoring action that will be happening at the Show. Each year we work hard to improve everything on the ground and in the air and we have so much for visitors to see and do that they might not be able to fit it all in in one day! Tickets are selling fast so pre-book now at www.wingsandwheels.net.”

Organisers were joined by Help for Heroes and its Band of Brothers as well as Brooklands Museum Trust and Age UK Waverley, all charities that the Show is supporting through a variety of initiatives.

Visitors to Wings & Wheels can also enjoy the world famous Red Arrows, RAF Eurofighter Typhoon, RAF Eurofighter Typhoon & Spitfire (Synchro Pair), Vulcan, Chinook, MIG 15, B25 Mitchell, The Blades and a host of other modern and historic aircraft during the five hour flying displays. For four and two wheeled fans, supercars and classic and vintage icons put on an awe inspiring display of power and speed on the Top Gear track in a two hour auto spectacular from Brooklands Museum, and over in our Wheels Zone you can expect an array of interactive and static displays to wander around.

Wings & Wheels is promoted by Dunsfold Park Limited and in 2015 will be assisting the fundraising efforts of Help for Heroes and Brooklands Museum Trust. 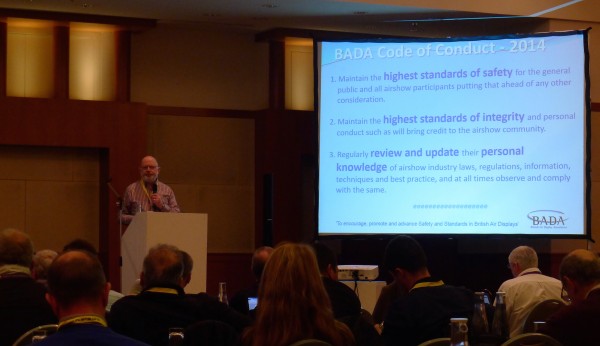