With less than a month to go before the RAF Cosford Air Show, organisers have confirmed the appearance of more exciting aircraft which will be jetting in on Sunday 14th June.

Adding to the international flavour of this year’s flying display will be an exciting display from ‘Ramex Delta’ featuring a pair of Mirage 2000N jet fighters. One of the French Air Force’s official display teams, the tactical display showcases the capabilities of the Mirage 2000N aircraft and the techniques used by the French Air Force when operating in challenging combat environments.

Peter Reoch, part of the Air Operations Team said, “The exciting news that Ramex Delta will be performing further strengthens the flying programme which is shaping up to be the biggest and best of recent years. I expect Ramex Delta’s fast paced display will be a highlight of the flying display for many of our visitors on Sunday 14th June.”

Another two additions to the flying display announced today alongside Ramex Delta include a rare flypast from a RAF Voyager KC3 tanker aircraft and a performance from Ian Gallacher flying the RAFSGA Schleicher ASK-21 Glider. Other rare and exciting aircraft which will be appearing at the show include a flying display from a Boeing B727 airliner, a rare flypast from a German Navy P-3C Orion and an explosive display from a pair of Apache helicopters.

More than 60% of the tickets for this year’s show have already been sold, with show organisers urging people to buy their tickets now to avoid disappointment. They are again reminding people that tickets will not be available to purchase on the gate for the first time this year. With adult tickets only £22.00 and accompanied under-16s entering for free, it is a great value for money event with entertainment for all the family. 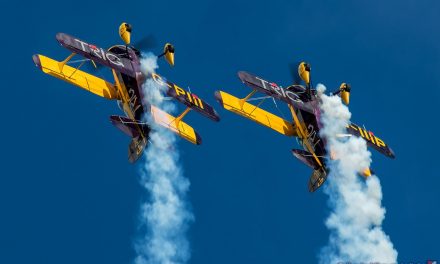 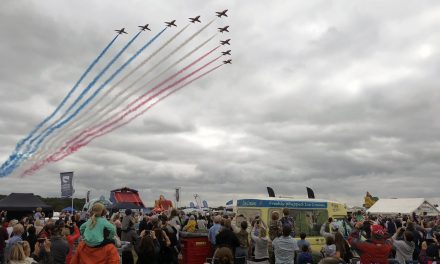