The Blades over Dunsfold Wings and Wheels

The sensational summer event for the whole family, Wings & Wheels, returns on Saturday 29th and Sunday 30th August 2015 at Dunsfold Aerodrome in Surrey to celebrate its 11th show. Famous favourites in the air and on the ground will blow your mind, whilst the attractions and Zones in the Arena will keep you entertained and buzzing with delight the WHOLE weekend.

Eyes to the sky as the ‘Wings’ of the event treats visitors to outstanding and diverse 5 hour air displays which include show favourites the Red Arrows, Eurofighter Typhoon, Vulcan, Hawk T2 Role Demo, Battle of Britain Memorial Flight (Spitfire, Lancaster, Hurricane), Tutor and Reds Duo (Remote Controlled) accompanied by witty and knowledgeable commentary from aviation experts and display pilots. More airshow displays will be announced throughout the summer.

The ‘Wings’ of the event would not be complete without a close-up inspection of all the weekend’s visiting aircraft including the RAF Sea King, SAR Helicopter, RAF Hawk T1, RN Merlin Helicopter and RAF King Air as well as Dunsfold’s resident Boeing 747 in the ‘Wings Park’ (open for tours) and Brooklands VC10.

Supercars and classic and vintage icons put on an awe-inspiring display of power and speed on the Top Gear track in a 2 hour auto spectacular from Brooklands Museum. The ‘Wheels’ of the show has previously included displays from Porsche 911, Dodge Monaco, TVR Tasmin 280i, Ducati Multistrada 1200s, Ferrari F355 Berlinetta, Ford GT40 and Lotus Elise.

Visit the reinvented Wheels Zone for 2015, with its very own retail Village, bigger and better crowd line parade and interactive displays from car and motorbike clubs including Aslans Extreme Holds, the UKG Stig and Transformer Cars as well as the return of our 2014 display winners; All Wheel Drive Enthusiasts, DS3’s British tea party, and Jaguar Enthusiasts Club. The Stunt Zone will be exploding into 2015 with two and four wheeled hair-raising performances.

The Military Zone & Parade is interactive and explosive bringing re-enactors, a living history zone, live battles and our popular military vehicle parade. The Zone has over 80 military vehicles, five re-enactment groups, the history of Dunsfold Aerodrome, Army, Navy and RAF recruitment stands and musical entertainers and dancers for everyone’s enjoyment.

The excitement and anticipation doesn’t stop at the main displays as the 32 acre public arena is bursting with a huge variety of interactive attractions containing all you need for a great family day out. The show arena boasts laser quest, kit-plane demonstrations, aviation and motoring simulators, military outlets and displays, static aircraft, fairground, emergency services demonstration and over 80 retail outlets selling a wide variety of products and gifts.

As the last plane touches down the party starts across the arena with a mix of musical evening entertainment.

The 11th annual Wings & Wheels will be held over the August Bank holiday weekend; Saturday 29th & Sunday 30th August 2015, at Dunsfold Park near Guildford, Surrey, and is open to spectators from 09:00 until 21:00.

Advanced rate tickets from £22 for adults or £50 for a family. Single child tickets (for children aged 5 – 15) will be £7. Children under 5 go free. Hospitality packages start from £150 per person, weekend passes, grandstand tickets and camping are also available. For more information visit www.wingsandwheels.net or to book standard tickets call 08712 305 572. 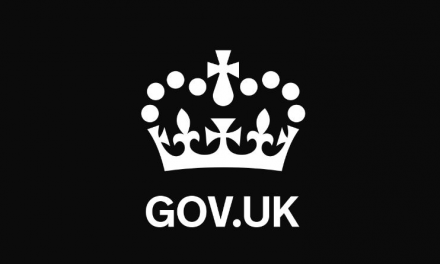 Department of Transport relaxes restrictions on General Aviation in England